“…an album of wonder, curiosity and pure, focused energy. Bravo!” – This is Classical Guitar

“…a most auspicious debut”   – The Georgia Straight 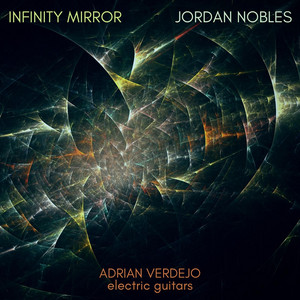 “A mesmerizing record that falls into the dimension between composition, improvisation, and ambient music.” – Bandcamp Daily

“Verdejo is a musician’s musician not just for his virtuosity, but for his uncompromising commitment to following the muse wherever it may go.” – Jason Hall, The Vancouver Observer

“Rodney Sharman’s brand-new “for Guitar” took a simple guitaristic gesture—a half-step slide up the neck—and made it the focus of a perpetually surprising piece that Verdejo, its dedicatee, premiered with aplomb.”  – Alexander Varty, The Georgia Straight

“Here the Trio accentuated the drive of the rhythm without losing the charm of Piazzolla’s melody. This was a tremendous way to close out the programme. I for one am looking forward to their next appearance on a Victoria stage.” – Music in Victoria

“Awesome…Duo Verdejo delivered one of the most exciting concerts I’ve attended in years.” – Classical Guitar Canada

“…the sounds of 18 electric guitarists were sending signals that bounced around the reflective surfaces of the space, producing a sort of audio halo that was at once chaotic and mesmerising. ..The effect of all this cascading, reflecting, enveloping sound was magical – and made the Redshift Vertical Orchestra’s performance an ISCM festival highlight.” – David Jaeger, The WholeNote

This is Classical Guitar 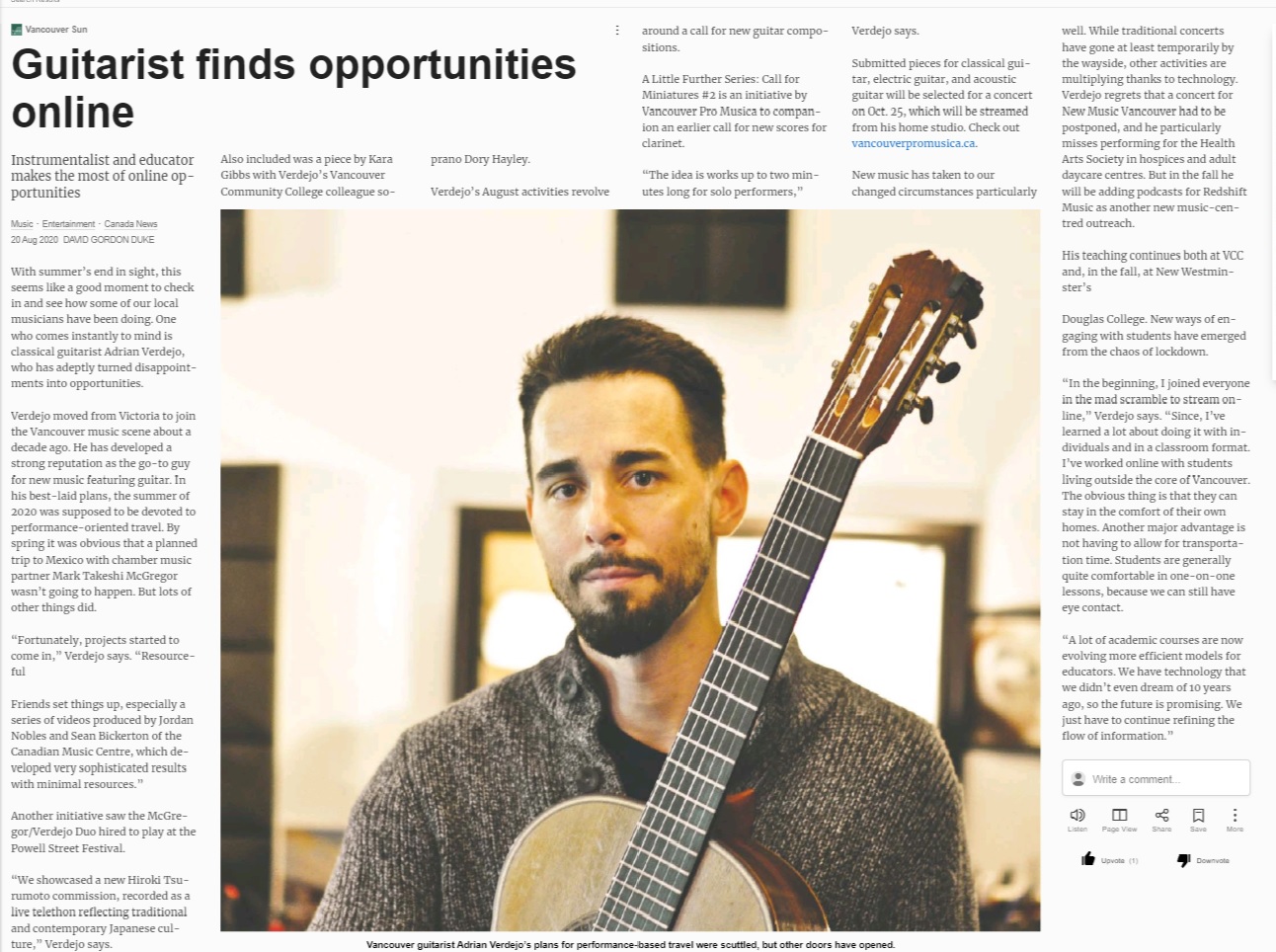